model to predict global patterns in vegetation physiognomy was developed from physiological considerations influencing the distributions of different functional types of plant. Primary driving variables are mean coldest- month temperature, annual accumulated temeprature over 5°C, and a drought index incorporating the seasonality of precipitation and the available water capacity of the soil. The model predicts which plant types can occur in a given environment, and selects the potentially dominant types from among them. Biomes arise as combinations of domi- nant types. Global environmental data were supplied as monthly means of temperature, precipitation and sunshine (interpolated to a global 0.5° grid, with a lapse-rate correction) and soil texture class.

We aimed for the simplest possible model-that is, the smallest number of plant functional types, constraints and driving variables-to achieve our goal of simulating the broad features of present vegetation as indicated in the data of Olson et al. (1983). The selection of plant functional types was further restricted by the need to specify a distinct set of environmental constraints for each type. Current in- formation does not permit the construction of a physiologi- cally-motivated model with as many plant types as that of Box (1981). The selection of driving variables was restrict- ed by the need to derive values of these variables from climate data available at sufficient resolution for the whole globe. 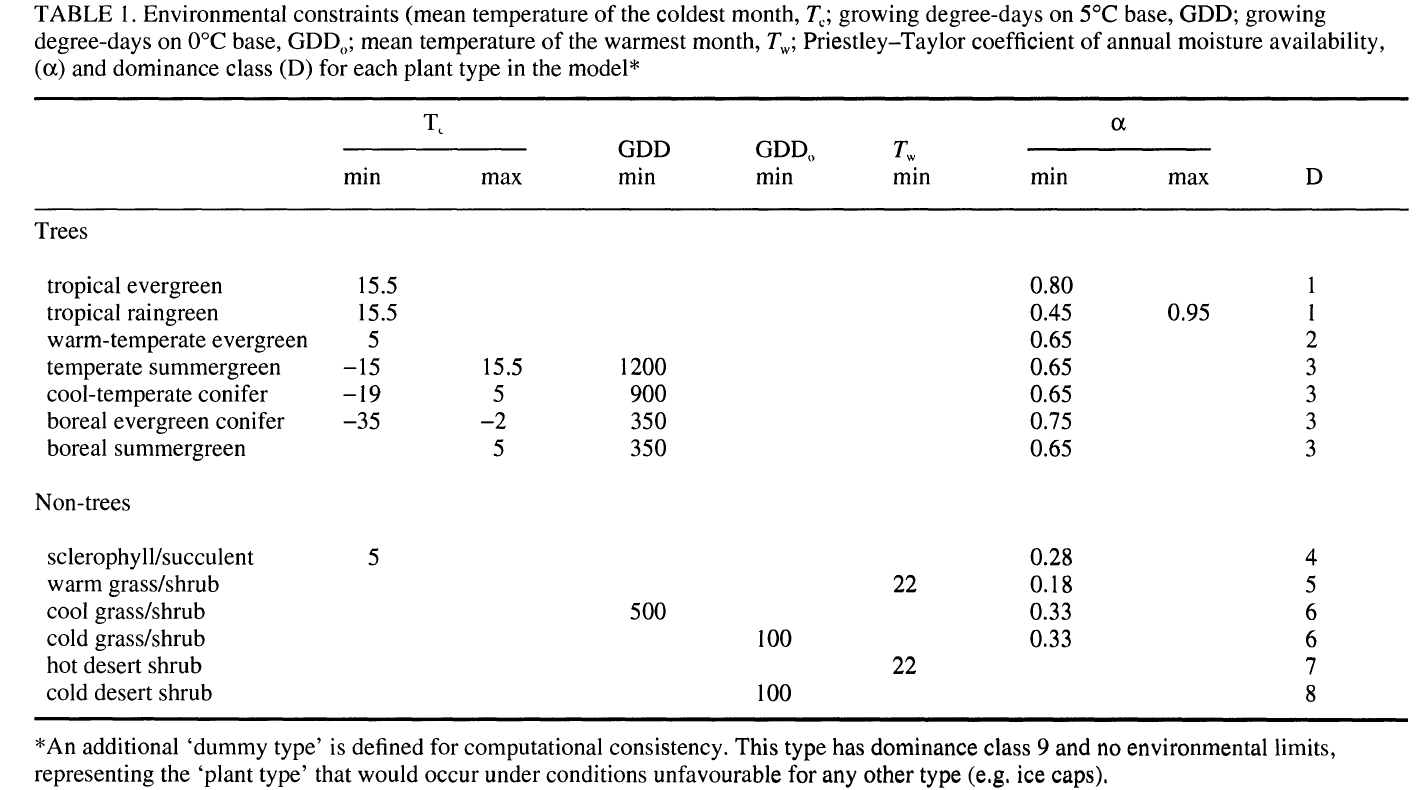 Table 1 is largely empty, because constraints are not specified without a known or hypothesized mechanism. This conservative approach to the specification of environ- mental constraints is an important difference from the model of Box (1981), where most plant types were as- signed empirical upper and lower limits for most of the cli- matic variables in the model. The difference matters, because such empirical limits can be artificial. For example, tropical rainforest trees in Box's model have an upper tem- perature limit because at present climates warmer than this are too dry for rainforest-an association that may not hold in a changed climate (Cramer & Leemans, 1992). By limit- ing the number of constraints on each plant type, we hope to minimize the risk of making spurious predictions of the effects of climate change on plants.

Where possible we assigned environmental limits based on independent physiological data from a representative se- lection of plant species. Otherwise we used physiological reasoning to suggest which environmental variable(s) should constrain which types of plant, then inferred numeri- cal limiting values by comparing global maps of these vari- ables with maps based on the data of Olson et al. (1983). The descriptions of the ecosystem complexes in Olson et al. (1983) were used to determine which plant types were present in each complex.