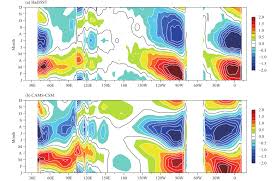 The Chinese Academy of Meteorological Sciences (CAMS) has been devoted to developing a climate system model (CSM) to meet demand for climate simulation and prediction for the East Asian region. In this study, we evaluated the performance of CAMS-CSM in regard to sensible heat flux (H), latent heat flux (LE), surface temperature, soil moisture, and snow depth, focusing on the Atmospheric Model Intercomparison Project experiment, with the aim of participating in the Coupled Model Intercomparison Project phase 6. We systematically assessed the simulation results achieved by CAMS-CSM for these variables against various reference products and ground observations, including the FLUXNET model tree ensembles H and LE data, Climate Prediction Center soil moisture data, snow depth climatology data, and Chinese ground observations of snow depth and winter surface temperature. We compared these results with data from the ECMWF Interim reanalysis (ERA-Interim) and Global Land Data Assimilation System (GLDAS). Our results indicated that CAMS-CSM simulations were better than or comparable to ERAInterim reanalysis for snow depth and winter surface temperature at regional scales, but slightly worse when simulating total column soil moisture. The root-mean-square differences of H in CAMS-CSM were all greater than those from the ERA-Interim reanalysis, but less than or comparable to those from GLDAS. The spatial correlations for H in CAMS-CSM were the lowest in nearly all regions, except for North America. CAMS-CSM LE produced the lowest bias in Siberia, North America, and South America, but with the lowest spatial correlation coefficients. Therefore, there are still scopes for improving H and LE simulations in CAMS-CSM, particularly for LE.