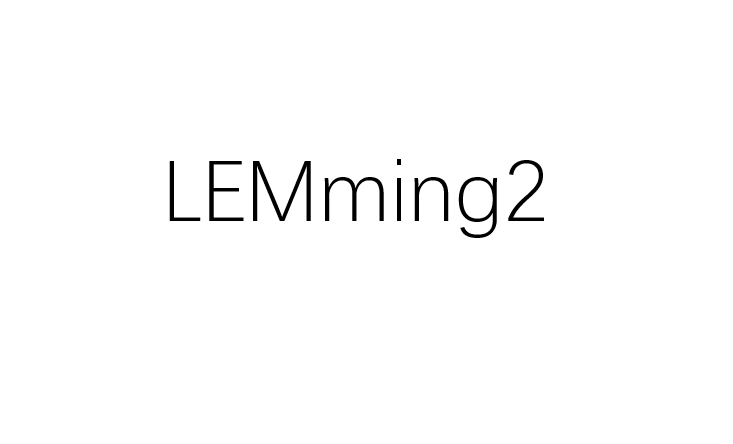 2D model that simulates the retreat of hard-capped cliffs. LEMming2 is a 2D, finite-difference landscape evolution model that simulates the retreat of hard-capped cliffs. It implements common unit-stream-power and linear/nonlinear-diffusion erosion equations on a 2D regular grid. Arbitrary stratigraphy may be defined. Cliff retreat is facilitated by a cellular algorithm, and rockfall debris is distributed and redistributed to the angle of repose. It is a standalone model written in Matlab with some C components. This repo contains the code used and described by Ward (2019) Lithosphere: "Dip, layer spacing, and incision rate controls on the formation of strike valleys, cuestas, and cliffbands in heterogeneous stratigraphy". Given the inputs in that paper it should generate the same results.

The simplicity of the previous solution relies on the assumption that R = c1H. To determine the functional form of this relationship for a set of common erosion rules, I applied a two-dimensional (2-D) finite-difference landscape evolution model derived from that of Ward et al. (2011). The model simulates stochastic failure of a hard-capped cliff within a detachment-limited fluvial landscape carved into more erodible rock. Hillslopes evolve according to a linear-diffusion scheme (Tucker and Bras, 1998), and bedrock incision is based on unit stream power (Whipple and Tucker, 1999). Stochastic rockfall from the cliff band is simulated by instantaneously reduction of the height of a selected cliff-edge cap-rock grid cell to that of its lowest downslope neighbor (following Howard, 1995). The equivalent volume of the cell is added to a model layer that tracks rockfall debris thickness and is distributed across the landscape below this cell by relaxing the surface of the debris layer to the angle of repose. Debris is continuously redistributed to the angle of repose as the surrounding landscape evolves, or until it erodes away. Further details of the model implementation are included in the GSA Data Repository material.

A single cap rock was configured among uniformly weaker rocks within a long model domain oriented parallel to the dip direction. Model stratigraphy dipped 3.4° in the +y direction, based on the example of the Coal Cliffs (Fig. 2). The resistant layer was 20 m thick and 200× more resistant to erosion than the surrounding rock. The cliff was initially set to fail by the rockfall process when the upper edge of the cliff reached a slope exceeding 60° (in the model, corresponding to a particular elevation difference between cells as a proxy for the height of the vertical portion of the cliff; the effects of this threshold are discussed below). The angle of repose of rockfall debris was 25°. To isolate the intrinsic relationship between height and back wasting rate, rockfall debris was assigned a high erodibility, such that its effect on cliff retreat was minor and identical for all experiments. Harder debris would create an armoring effect on the foot slope, which is a potentially important factor in the height–retreat rate relationship (Ward et al., 2011; Glade et al., 2017). The strike-parallel model boundaries were open, with periodic boundaries on the transverse edges. I imposed a range of rock uplift rates (10−5 to10−4 m/yr) and allowed the cap rock to be exhumed, develop an escarpment, and retreat until retreat rates became quasi-steady.

Quoted from : Dip,  layer spacing,  and incision rate controls on the formation of strike valleys,  cuestas,  and cliffbands in heterogeneous stratigraphy