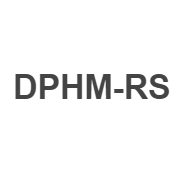 DPHM-RS is a semi-distributed, physically based hydrologic model, which divides the river basin into several sub-basins, computes evapotranspiration, soil moisture and surface runoff using energy and rainfall forcing data in the sub-basin.

Interception of precipitation from the atmosphere through the canopy simulated by the model Intercept Rutter. The earths surface evaporation and vegetation transpiration are calculated separately using two exemplary sources of Shuttleworth and gurney, which is based on the energy balance above the Canopy, within canopy and at the soil surface. This model solves the nonlinear equations based on the energy balance for canopy, surface and air temperature at canopy height, evaporation from soil surface and transpiration of vegetation. The soil profile of three homogeneous layers of active, transmission and saturated layers used for modeling soil moisture based on water balance between layers. Active layer thickness of 15-30 cm and it simulates abrupt change in soil moisture content under high frequency atmospheric effects. The passing zone is located between the base of the active layer and the upper part of the capillary fringe and therefore, it more characterizes seasonal, not temporary changes of soil moisture. When modeling unsaturated flow component of soil water transport is assumed vertical and non-interactive between sub-basins. The lower boundary of the unsaturated zone in the upper part of the capillary fringe is controlled by the local average groundwater depends on the average watershed groundwater index and relief of the soil, which include the spatial variability in topographic and soil parameters. Since the observed values from the surrounding wells of the modeled basin, the temporal changes in the average depth of groundwater is based on the analysis of the water balance for the entire catchment, and the rate of change of average groundwater it is assumed that the rate of change of local groundwater.

After simulating soil moisture, saturation and Hortonian infiltration excess for vegetation and bare soil are calculated to generate surface runoff for each sub-basin. The Phillips equation is used to calculate infiltration capacity of the soil and surface runoff is distributed temporarily using the delay function of the response obtained from the reference sediments than 1 cm depth applied to each grid cell in sub-basin one step at a time. Then for each cell in the grid that has a resolution of digital elevation model a DEM is used, the flow is directed via the kinematic wave equation from one cell to another based on eight possible directions of movement until complete drainage on the sub-basin completely destroyed. As a result of the runoff becomes a lateral inflow to the channel broadcasts in the sub-basin and these flows are routed through the drainage network in Muskingam-Cunge method of routing a variable, whose parameters are estimated using the iterative approach four points.