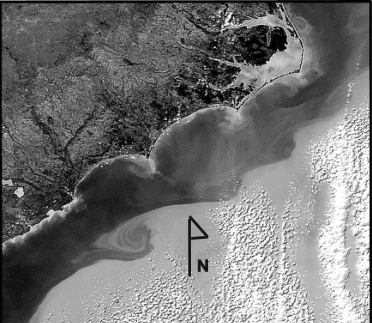 The Coastline Evolution Model (CEM) addresses predominately sandy, wave-dominated coastlines on time-scales ranging from years to millenia and on spatial scales ranging from kilometers to hundreds of kilometers. Shoreline evolution results from gradients in wave-driven alongshore sediment transport. At its most basic level, the model follows the standard 'one-line' modeling approach, where the cross-shore dimension is collapsed into a single data point. However, the model allows the plan-view shoreline to take on arbitrary local orientations, and even fold back upon itself, as complex shapes such as capes and spits form under some wave climates (distributions of wave influences from different approach angles). The model can also represent the geology underlying the sandy coastline and shoreface in a simplified manner and enables the simulation of coastline evolution when sediment supply from an eroding shoreface may be constrained. CEM also supports the simulation of human manipulations to coastline evolution through beach nourishment or hard structures.

We first briefly discuss the model we use for this evaluation, 2004; Ashton et al., 2001]. When waves break at a shoreline, they drive a flux of sediment along the shore. The magnitude of this flux is related to the breaking-wave height, and to the wave approach angle, relative to the shoreline orientation. Alongshore sediment fluxes, Qs, are based on the commonly used CERC equation [Komar and Inman, 1970; Komar, 1998]:

Where Hb and \( ∅ \)b are breaking-wave height and crest angle, respectively, and \( θ \) is local shoreline orientation. K1 is an empirical constant equal to 0.4 m1/2/s for the sandy coastline considered here. 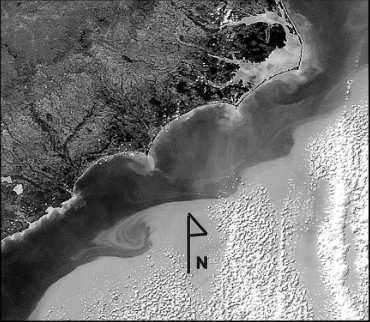