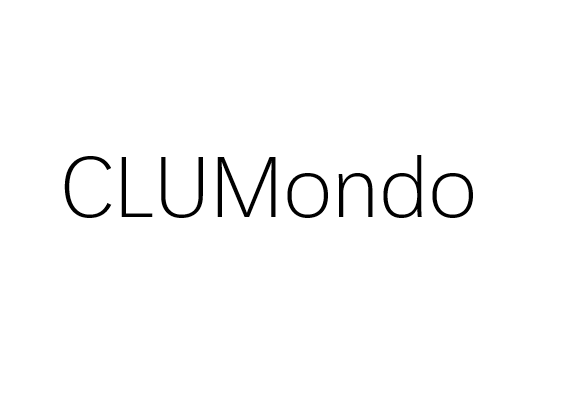 CLUMondo is based on the land systems approach. Land systems are socio-ecological systems that reflect land use in a spatial unit in terms of land cover composition, spatial configuration, and the management activities employed. The precise definition of land systems depends on the scale of analysis, the purpose of modelling, and the case study region. In contrast to land cover classifications the role of land use intensity and livestock systems are explicitly addressed. Each land system can be characterized in terms of the fractional land covers.Land systems are characterized based on the amount of forest in the landscape mosaic and the management type ranging from swidden cultivation to permanent cultivation and plantations.

The CLUMondo model provides an innovative approach for global land-use change modeling to support integrated assessments. Demands for goods and services are, in the model, supplied by a variety of land systems that are characterized by their land cover mosaic, the agricultural management intensity, and livestock. Land system changes are simulated by the model, driven by regional demand for goods and influenced by local factors that either constrain or promote land system conversion. A characteristic of the new model is the endogenous simulation of intensification of agricultural management versus expansion of arable land, and urban versus rural settlements expansion based on land availability in the neighborhood of the location.

The CLUMondo model builds on concepts used in global and regional spatial land change models, such as the Dyna-CLUE model (Verburg & Overmars, 2009), the LandShift model

(Schaldachet al., 2011), the global model of Letourneauet al. (2012), as well as regional models such as the Metronamica model (Van Deldenet al., 2005), and Geomod (Pontiuset al., 2001). In many of these spatial models, land change is driven by changes in regional demands (top-down), and at the same time influenced by local factors that either constrain or promote the conversion of land and account for land-use history, leading to path dependence of land change trajectories. 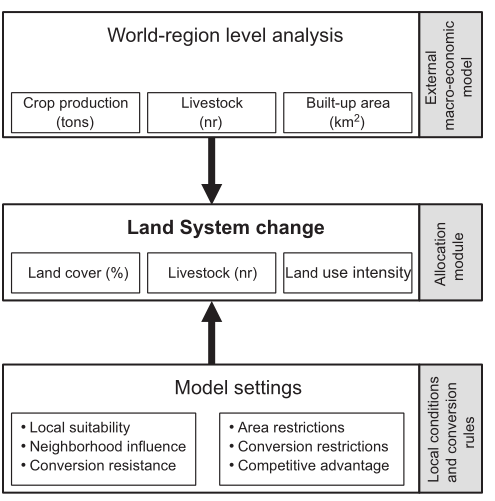