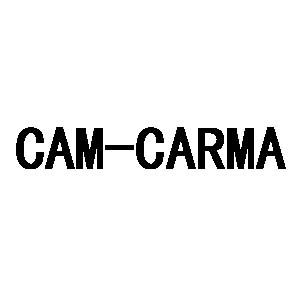 A GCM for Titan that incorporates aerosols

We present the formulation of a global climate model (GCM) of Titan's atmosphere and surface and report initial results. The model is a fully three-dimensional, modified version of NCAR's terrestrial global climate model, CAM3. It includes forcing by Saturn's gravitational tides; a treatment of the planetary boundary layer and surface interactions; scattering and absorption of short-wave radiation; absorption and emission of long-wave radiation; thermal conduction in the soil, and a package for computing atmospheric chemistry. The physical properties and distribution of minor species and aerosols are constrained by Cassini observations. The simulations do not include the effects of a methane hydrological cycle, feedback between radiative forcing and transport of radiatively active minor species and aerosol, or aerosol microphysics. We report a set of baseline results obtained after more than ∼30 Titan-years of model integration. The model calculates a tropospheric circulation that is in-family with the results from other published GCMs, with a regime of weak retrograde winds dominating the summer hemisphere and a band of weak prograde winds appearing in the winter hemisphere. In the stratosphere, the model produces a polar jet in the winter hemisphere, but its peak velocity of 12 m s−1 is more than an order of magnitude weaker than the winter polar jet inferred from observations. We find that the globally integrated atmospheric angular momentum (AAM) undergoes a semiannual oscillation similar to that calculated by Tokano and Neubauer [Tokano, T., Neubauer, F.M., 2005. Wind-induced seasonal angular momentum exchange at Titan's surface and its influence on Titan's length-of-day. Geophys. Res. Lett. 32, L24203–L24206], but delayed in seasonal phase by 30° of Ls. The associated transfer of angular momentum to the surface implies that Titan's rate of rotation should be accelerating during the epoch of Cassini Mission observations, consistent with results obtained by the Cassini radar investigation [Stiles, B.W., Kirk, R.L., Lorenz, R.D., Hensley, S., Lee, E., Ostro, S.J., Allison, M.D., Callahan, P.S., Gim, Y., Iess, L., Persi del Marmo, P., Hamilton, G., Johnson, W.T.K., West, R.D., 2008. The Cassini RADAR Team: Determining Titan's spin state from Cassini RADAR images. Astron. J. 135, 1669–1680]. The amount of AAM transfer to the surface predicted by the model, when combined with knowledge of the state of rotation, points to a low value for Titan's effective moment of inertia. As has been suggested [Lorenz, R.D., Stiles, B.W., Kirk, R.L., Allison, M.D., Persi del Marmo, P., Iess, L., Lunine, J.I., Ostro, S.J., Hensley, S., 2008. Titan's rotation reveals an internal ocean and changing zonal winds. Science 319, 1649–1651], this may indicate significant decoupling between Titan's outer crust and its mantle, possibly due to the presence of an intervening subsurface ocean. We note, however, that existing Titan GCMs, as presently formulated, do not yield uniform results concerning AAM transfer to the surface and ignore some physical processes that could potentially alter the predicted magnitude and seasonal phasing of the transfer.