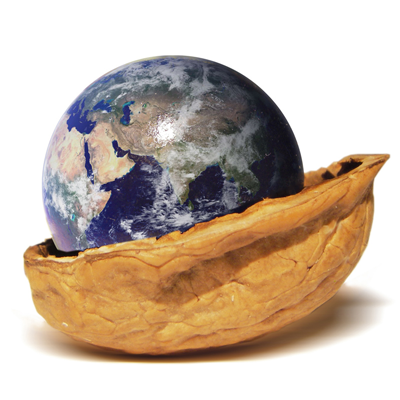 The 'Model for the Assessment of Greenhouse Gas Induced Climate Change' (MAGICC) is a simple/reduced complexity climate model.

:
National Centre for Atmospheric Research, Boulder, US, and University of Adelaide, Australia

:
Potsdam Institute for Climate Impact Research, Germany, and the University of Melbourne, Australia

The 'Model for the Assessment of Greenhouse Gas Induced Climate Change' (MAGICC) is a simple/reduced complexity climate model. MAGICC was originally developed by Tom Wigley (National Centre for Atmospheric Research, Boulder, US, and University of Adelaide, Australia) and Sarah Raper (Manchester Metropolitan University, UK) in the late 1980s and continuously developed since then. It has been one of the widely used climate models in various IPCC Assessment Reports. The latest version, MAGICC6, is co-developed by Malte Meinshausen (Potsdam Institute for Climate Impact Research, Germany, and the University of Melbourne, Australia). These pages provide an extensive model description, sourced from a 2011 publication in Atmospheric Chemistry & Physics (M. Meinshausen, S. Raper and T. Wigley, 2011).

This Page provides a detailed description of MAGICC6 and its different modules (see Fig-A1 below). A basic model description is given, while subsections describe MAGICC's carbon cycle, the atmospheric-chemistry parameterizations and derivation of non-CO2 concentrations, radiative forcing routines, and the climate module to get from radiative forcing to hemispheric (land and ocean, separately) to global-mean temperatures (climate model), as well as oceanic heat uptake. Finally, details are provided on the implementation scheme for the upwelling-diffusion-entrainment ocean climate module. A technical upgrade is that MAGICC6 has been re-coded in Fortran95, updated from previous Fortran77 versions. Nearly all of the MAGICC6 code is directly based on the earlier MAGICC versions programmed by Wigley and Raper ( 1987, 1992, 2001).

MAGICC has a hemispherically averaged upwelling-diffusion ocean coupled to an atmosphere layer and a globally averaged carbon cycle model. As with most other simple models, MAGICC evolved from a simple global average energy-balance equation. The energy balance equation for the perturbed climate system can be written as:

where <math>\Delta Q_G</math> is the global-mean radiative forcing at the top of the troposphere. This extra energy influx is partitioned into increased outgoing energy flux and heat content changes in the ocean <math>\frac{d H}{d t}</math>. The outgoing energy flux is dependent on the global-mean feedback factor, <math>\lambda_G</math>, and the surface temperature perturbation <math>\Delta T_G</math>.

While MAGICC is designed to provide maximum flexibility in order to match different types of responses seen in more sophisticated models, the approach in MAGICC's model development has always been to derive the simple equations as much as possible from key physical and biological processes. In other words, MAGICC is as simple as possible, but as mechanistic as necessary. This process-based approach has a strong conceptual advantage in comparison to simple statistical fits that are more likely to quickly degrade in their skill when emulating scenarios outside the original calibration space of sophisticated models.

The main improvements in MAGICC6 compared to the version used in the IPCC AR4 are briefly highlighted in this section (Note that there is an intermediate version, MAGICC 5.3, described in Wigley et al., 2009). The options introduced to account for variable climate sensitivities are described in Sect. introduction of variable climate sensitivities. With the exception of the updated carbon cycle routines updated carbon cycle, the MAGICC 4.2 and 5.3 parameterizations are covered as special cases of the 6.0 version, i.e., the IPCC AR4 version, for example, can be recovered by appropriate parameter settings.

:
National Centre for Atmospheric Research, Boulder, US, and University of Adelaide, Australia

:
Potsdam Institute for Climate Impact Research, Germany, and the University of Melbourne, Australia