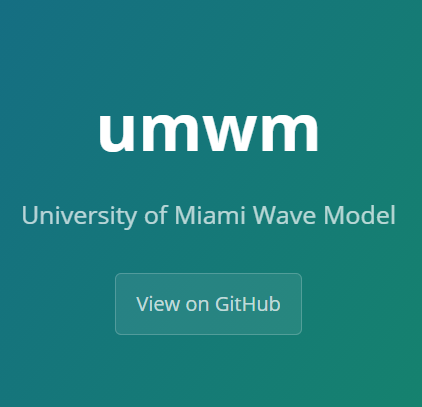 This is the reference implementation of UMWM, described by Donelan et al. (2012), with later improvements and bug fixes. UMWM solves the wave energy balance equation on a curvilinear grid. It has been used to simulate:

Edit the following variables in the top-level Makefile:

Path to the NetCDF library must be set as NETCDF environment variable. If your library is installed in non-standard directories (something other than $NETCDF/lib for library files and $NETCDF/include for modules) edit the NETCDFLIB and NETCDFINC variables in src/Makefile.

Running in parallel, for example on 16 cores:

Read the docs for more information.

UMWM development is currently supported by NSF Award 1745384. It has previously been supported by the Gulf of Mexico Research Initiative and the National Oceanographic Partnership Program.

UMWM has also been improved by a number of open source contributors.