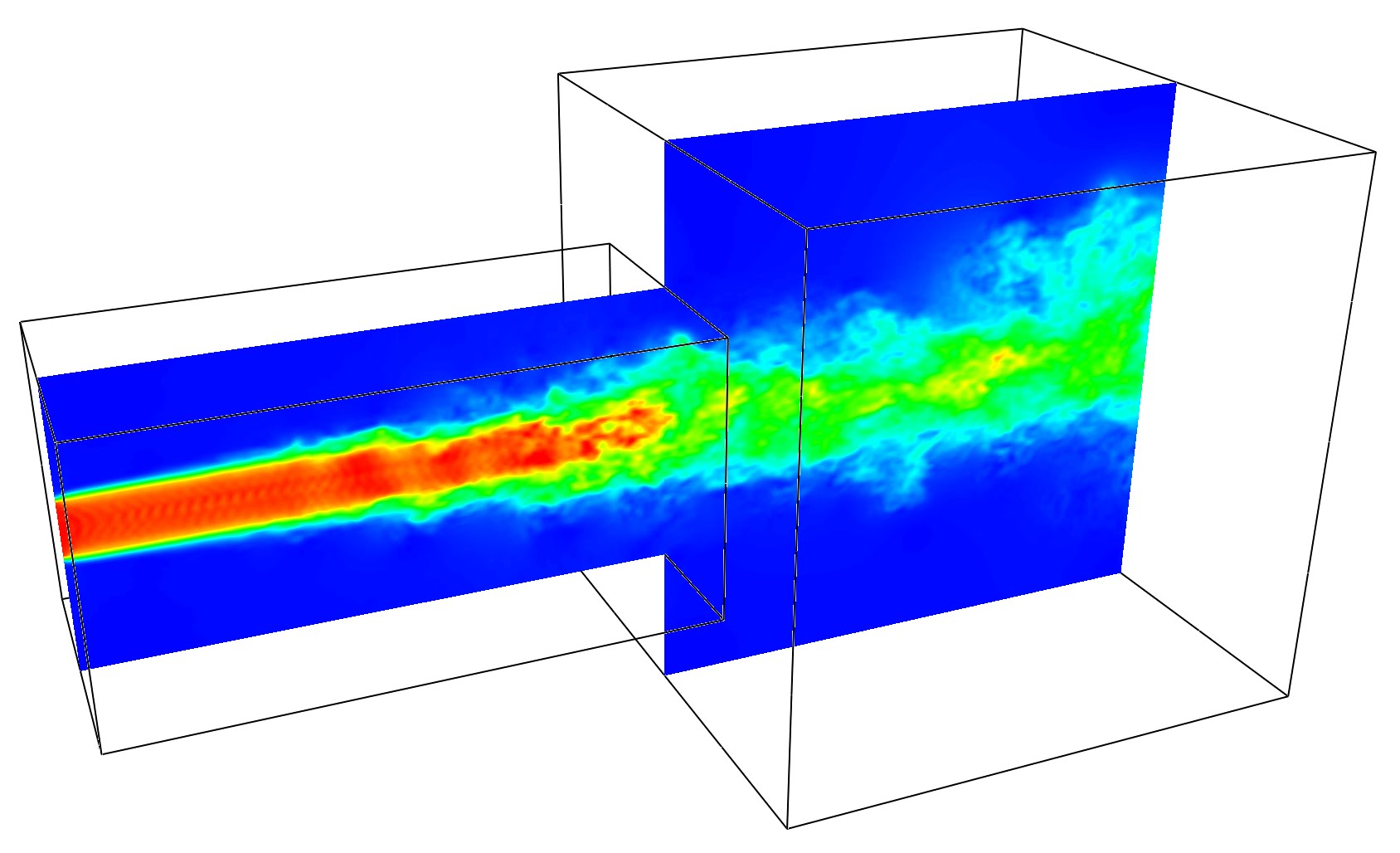 Fire Dynamics Simulator (FDS) is a computational fluid dynamics (CFD) model of fire-driven fluid flow. The software solves numerically a form of the Navier-Stokes equations appropriate for low-speed, thermally-driven flow, with an emphasis on smoke and heat transport from fires.

FDS is free software developed by the National Institute of Standards and Technology (NIST) of the United States Department of Commerce, in cooperation with VTT Technical Research Centre of Finland. Smokeview is the companion visualization program that can be used to display the output of FDS.

Hydrodynamic Model  FDS solves numerically a form of the Navier-Stoke sequations appropriate for low speed, thermally-driven ﬂow with an emphasis on smoke and heat transport from ﬁres. The core algorithm is an explicit predictor-corrector scheme, second order accurate in space and time. Turbulence is treated by means of Large Eddy Simulation (LES). It is possible to perform a Direct Numerical Simulation (DNS) if the underlying numerical mesh is ﬁne enough. LES is the default mode of operation.

Radiation Transport  Radiative heat transfer is included in the model via. the solution of the radiation transport equation for a gray gas,and in some limited cases using a wide band model. The equation is solved using a technique similar to ﬁnite volume methods for convective transport, thus the name given to it is the Finite Volume Method (FVM). Using approximately 100 discrete angles, the ﬁnite volume solver requires about 20 % of the total CPU time of a calculation, a modest cost given the complexity of radiation heat transfer. The absorption coefﬁcients of the gas-soot mixtures are computed using the RadCal narrow-band model . Liquid droplets can absorb and scatter thermal radiation. This is important in cases involving mistsprinklers,but also plays a role in all sprinkler cases. The absorption and scattering coefﬁcients are based on Mie theory.

Geometry  FDS approximates the governing equations on a rectilinear mesh. Rectangular obstructions are forced to conform with the underlying mesh.