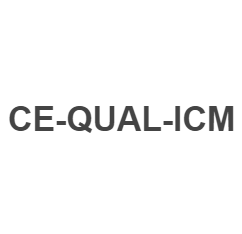 A three-dimensional eutrophication model for the Chesapeake Bay and major tributaries developed by researchers at the U.S. Army Corps of Engineers Engineering Research and Development Center in Vicksburg, MS.

CE-QUAL-ICM Version 1.0 is a three-dimensional eutrophication model for the Chesapeake Bay and major tributaries developed by researchers at the U.S. Army Corps of Engineers Engineering Research and Development Center in Vicksburg, MS. This model study was sponsored by the Chesapeake Bay Program Office (CBPO), U.S. Environmental Protection Agency, and the U.S. Army Engineer District, Baltimore (CENAB).

Version 1.0 was developed to study eutrophication processes in the bay and was used by the Chesapeake Bay Program in the 1992 re-evaluation of loading targets. The model operates on a 4,000-cell three-dimensional grid and includes twenty-two state variables, each of which can be activated or deactivated depending on the application. Another feature of the model is that it includes the computation and reporting of concentrations, mass transport, kinetics transformations, and mass balances. Model calibration and validation were performed using the monitoring data base maintained by the CBPO.

The first limitation of CE-QUAL-ICM Version 1.0 is that it does not compute hydrodynamics. Hydrodynamics must be specified in binary or ASCII format and read into the model. Three years of hydrodynamics, 1984-1986 are provided as a download for use with this model. Another limitation is that the user must provide processors which prepare input files and process output for presentations.

Comparison of model predictions with observations indicated the following characteristics:

Since CE-QUAL-ICM Version 1.0, enhancements have been made that include the addition of living resources (zooplankton, SAV, benthos) and particulate inorganic phosphorus to the model. Addition of a predictive sediment transport component is an ongoing endeavor.