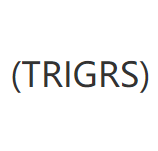 The Transient Rainfall Infiltration and Grid-Based Regional Slope-Stability Model (TRIGRS) is a Fortran program designed for modeling the timing and distribution of shallow, rainfall-induced landslides.

The Transient Rainfall Infiltration and Grid-Based Regional Slope-Stability Model (TRIGRS) is a Fortran program designed for modeling the timing and distribution of shallow, rainfall-induced landslides. The program computes transient pore-pressure changes, and attendant changes in the factor of safety, due to rainfall infiltration. The program models rainfall infiltration, resulting from storms that have durations ranging from hours to a few days, using analytical solutions for partial differential equations that represent one-dimensional, vertical flow in isotropic, homogeneous materials for either saturated or unsaturated conditions. This command-line program is used in conjunction with geographic information system (GIS) software to prepare input grids and visualize model results.

This release, 2.1.00a, includes bug fixes, new output formats, and various optimizations to improve performance of the serial code.  These improvements have also been incorporated into a new parallel implementation of the TRIGRS program.  We have parallelized the four time-demanding execution modes of TRIGRS, namely both the saturated and unsaturated model with finite and infinite soil depth options, within the Message Passing Interface (MPI) framework. Performance gain with respect to the serial code was tested both on commercial hardware and on a high-performance multi-node machine. We also compared results of the parallel code against results of the serial code for a large study area in Colorado to verify accuracy of the results.  Modifications to the code and results of the performance tests are described in an interpretive paper in the journal Environmental Modeling & Software (Alvioli and Baum, 2016).