Prediction Model for Rental and Return of Dockless Shared Bicycles

(1) QPSO is an improvement on traditional particle swarm optimization (PSO). It is inspired by the theory of quantum physics, that is, all particles have quantum behavior. Based on PSO, this algorithm eliminates the attribute of particle movement direction, that is, the update of particle position is independent of the previous particle position. It is more likely to obtain the global optimal solution or approximate optimal solution and determine the global optimal position(gbest) and part optimal position(pbest) of the particle by increasing the randomness of the particle's position. QPSO has been widely used in many fields such as function optimization. QPSO-LSTM model has some hyperparameters to be optimized, such as time step, number of hidden layer nodes, batch size, etc., as shown in Figure 1. 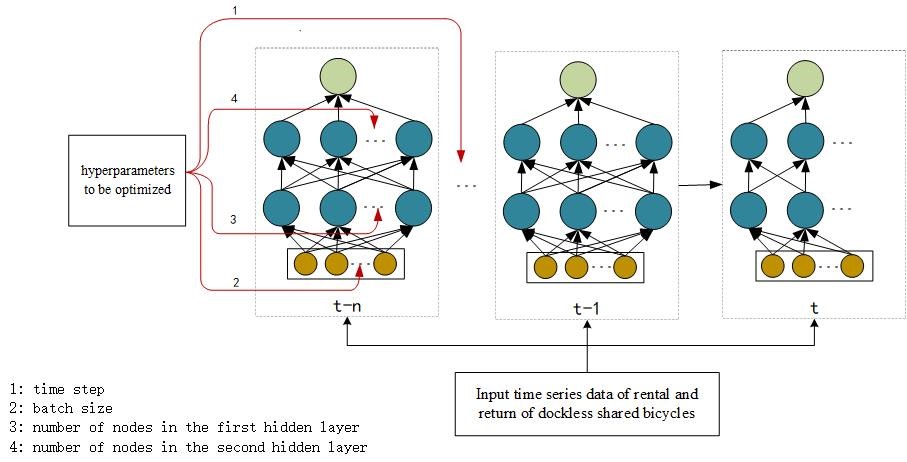 Fig.1 Parameters to be optimized in QPSO-LSTM 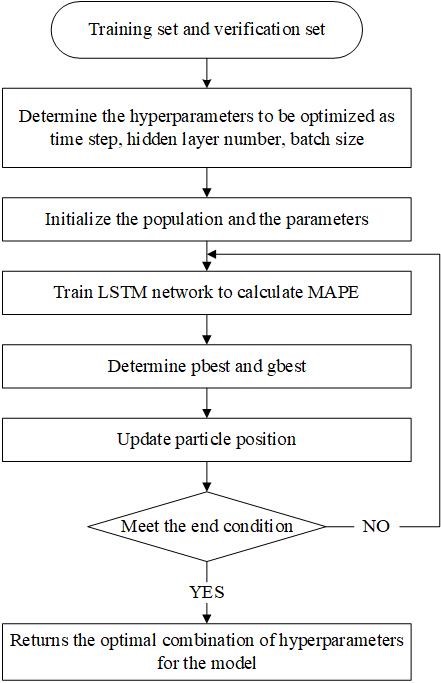 In the QPSO-LSTM model, LSTM is used to predict the quantity of dockless shared bicycles rented and returned. The LSTM construction flow chart is shown in Figure 4. 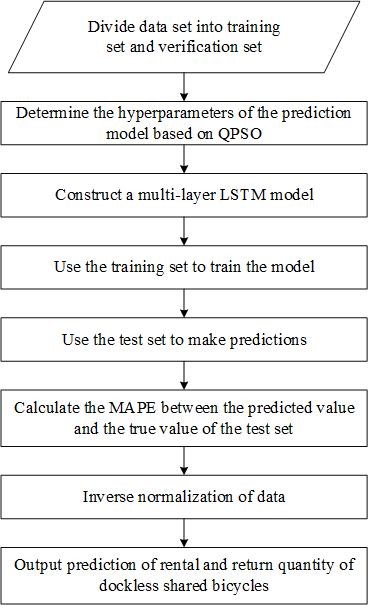