The HEC-ResSim software was developed by the U.S. Army Corps of Engineers to model reservoir operations at one or more reservoirs for a variety of operational goals and constraints. The software simulates reservoir operations for flood management, low flow augmentation and water supply for planning studies, detailed reservoir regulation plan investigations, and real-time decision support. The following describes the major features of HEC-ResSim:

Designed to follow Windows® software development standards, HEC-ResSim’s interface does not require extensive tutorials to learn to use. Familiar data entry features make model development easy, and localized “mini plots” graph the data entered in most tables so that errors can be seen and corrected quickly. 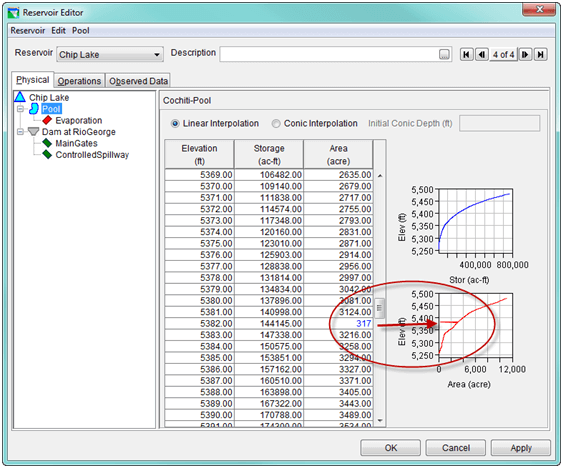 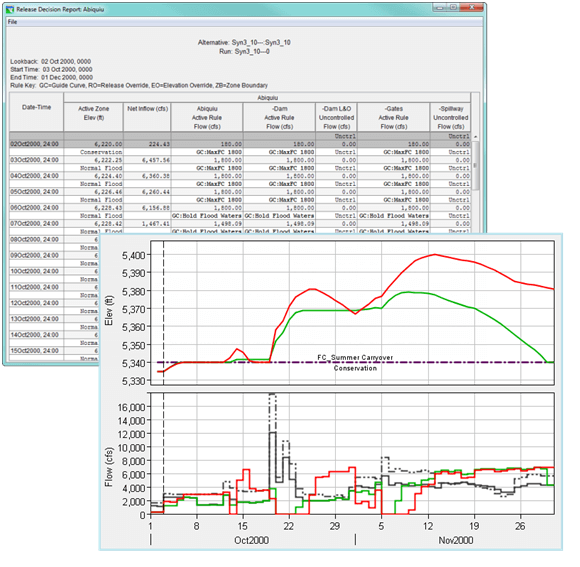 HEC-ResSim provides a realistic view of the physical river/reservoir system using a map-based schematic with a set of element drawing tools. Also, with the hierarchical outlet structure, the modeler can represent each outlet of the reservoir rather the being limited to a single composite outlet definition. 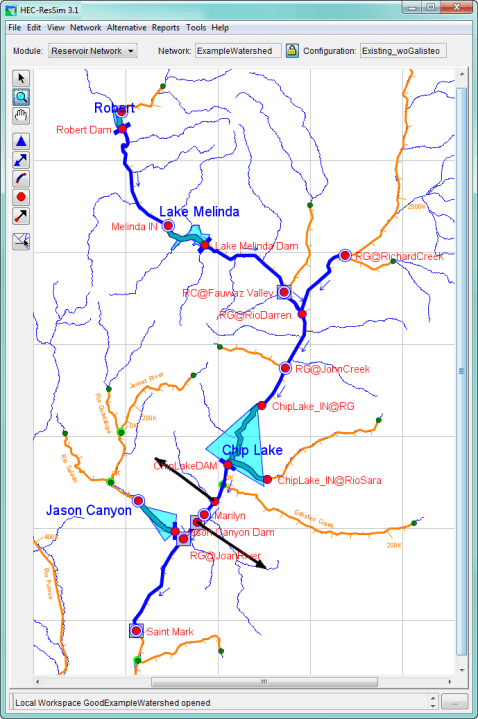 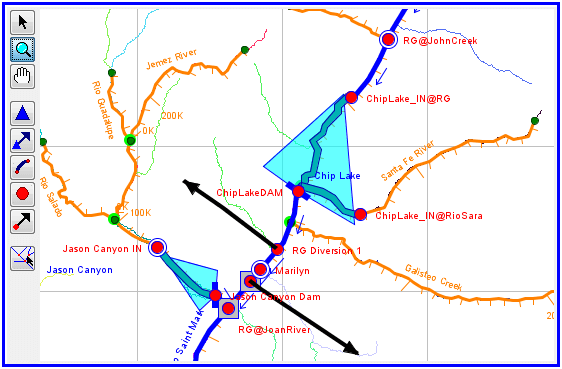 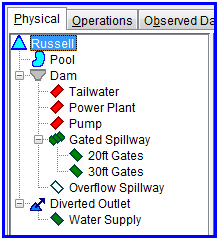 Most reservoirs are constructed for one or more of the following purposes: flood control, power generation, navigation, water supply, recreation, and environmental quality. These purposes typically define the goals and constraints that describe the reservoir’s release objectives. Other factors that may influence these objectives include: time of year, hydrologic conditions, water temperature, current pool elevation (or zone), and simultaneous operations by other reservoirs in a system. HEC-ResSim is unique among reservoir simulation models because it attempts to reproduce the decision making process that human reservoir operators must use to set releases. It uses an original rule-based description of the operational goals and constraints that reservoir operators must consider when making release decisions. As HEC-ResSim has developed advanced features such as outlet prioritization, scripted state variables, and conditional logic have made it possible to model more complex systems and operational requirements. 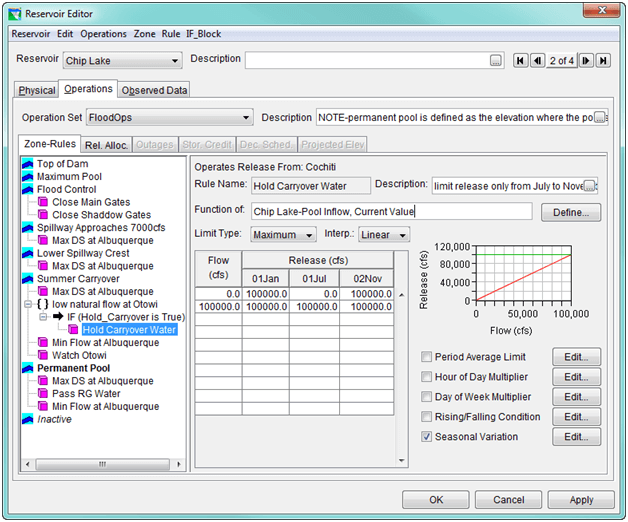