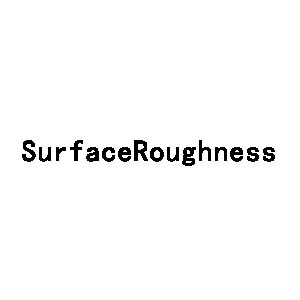 Rock is exposed at the Earth surface when rates of erosion locally exceed rates of soil production. The thinning of soils and emergence of bedrock has implications spanning geomorphology, ecology and hydrology. Soil-mantled hillslopes are typically shaped by diffusion-like sediment transport processes that act to smooth topography through time, generating the familiar smooth, convex hillslope profiles that are common in low relief landscapes. Other processes, however, can roughen the landscape. Bedrock emergence can produce rough terrain; in this contribution we exploit the contrast between rough patches of bedrock outcrop and smooth, diffusion-dominated soil to detect bedrock outcrops. Specifically, we demonstrate that the local variability of surface normal vectors, measured from 1 m resolution airborne LiDAR data, can be used as a topographic signature to identify areas within landscapes where rock exposure is present. We then use this roughness metric to investigate the transition from soil-mantled to bedrock hillslopes as erosion rates increase in two transient landscapes, Bald Rock Basin, which drains into the Middle Fork Feather River, California, and Harrington Creek, a tributary of the Salmon River, Idaho. Rather than being abrupt, as predicted by traditional soil production models, in both cases the transition from fully soil-mantled to bedrock hillslopes is gradual and spatially heterogeneous, with rapidly eroding hillslopes supporting a patchwork of bedrock and soil that is well documented by changes in topographic roughness, highlighting the utility of this metric for testing hypotheses concerning the emergence of bedrock and adding to a growing body of evidence that indicates the persistence of partial soil mantles in steep, rapidly eroding landscapes