The main upgrades and developments in RegCM4 include a complete recoding of the model to increase its flexibility, portability, ease of use and parallelization efficiency and the interactive online coupling with chemistry/aerosol, lake, ocean and biosphere model components.

Since the release of RegCM3, described by Pal et al. (2007), the model has undergone a substantial evolution both in terms of software code and physics representations and this has led to the development of a fourth version of the model, RegCM4, which was released by the ICTP in June 2010 as a prototype version (RegCM4.0) and in April 2011 as a first complete version (RegCM4.1). The purpose of the present study is to provide a basic reference for RegCM4 including both the description of the model improvements and a limited illustrative analysis of the model behavior and sensitivities in different climatic regimes. Other articles in this Theme Section (TS) will present more extensive and detailed studies with RegCM4, along with applications using the earlier version of the model.

RegCM4 is an evolution of its previous version, RegCM3, described by Pal et al. (2007). In this section, we summarize the basic features of RegCM4, highlighting the main changes with respect to RegCM3. Table 1 presents a list of the options available in the model and can be used as reference for the following sections. 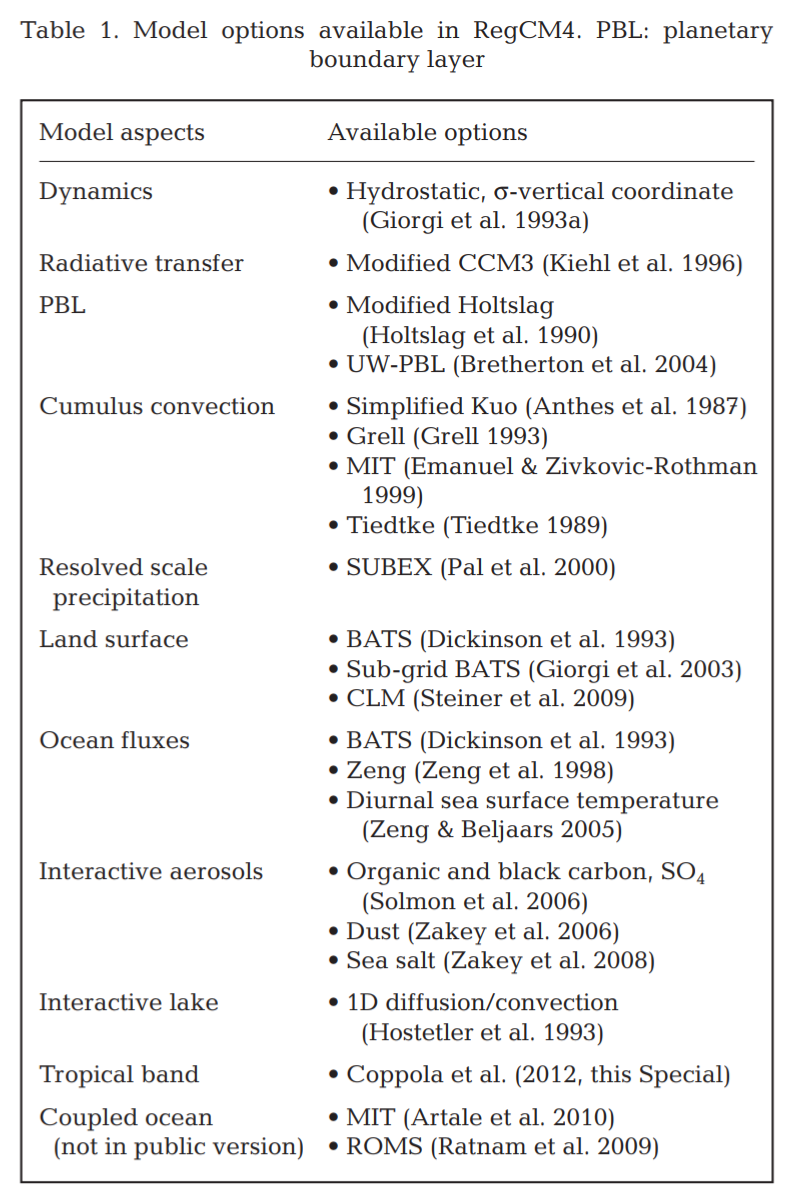