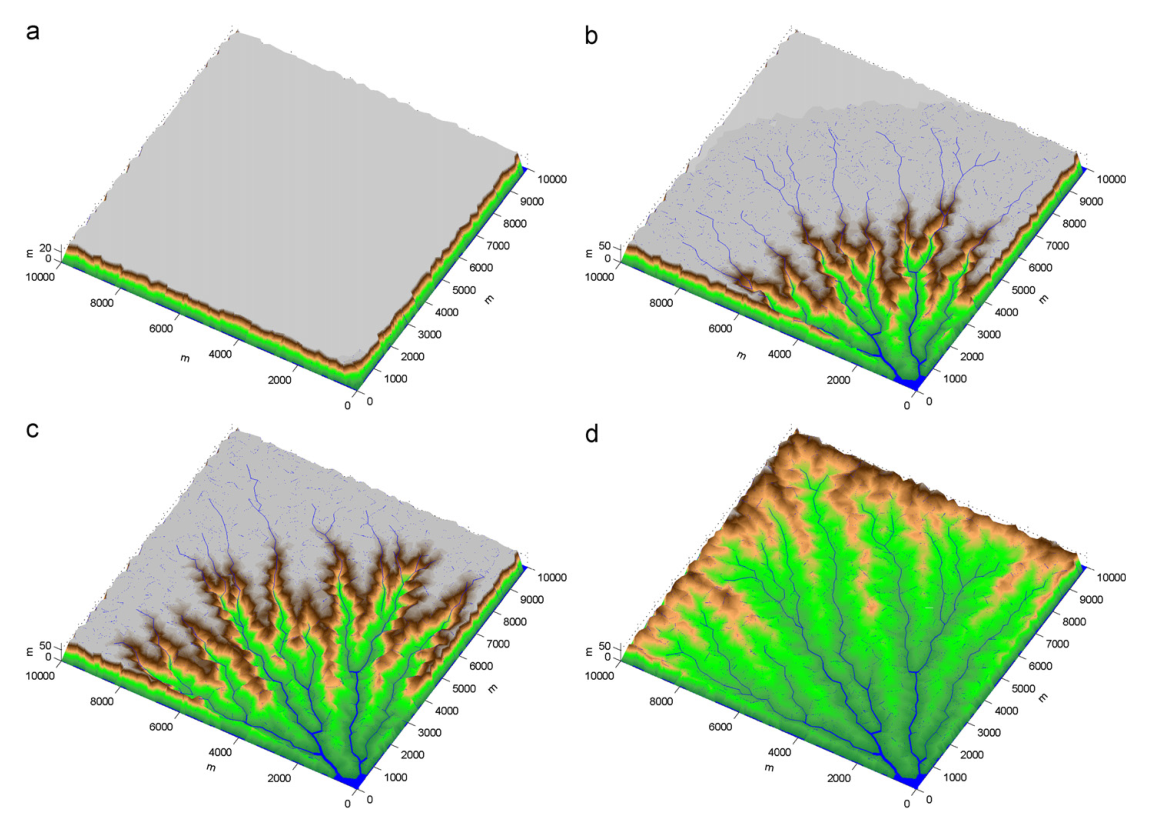 SIGNUM (Simple Integrated Geomorphological Numerical Model) is a MAtlab TIN-based landscape evolution model. SIGNUM (Simple Integrated Geomorphological Numerical Model) is a TIN-based landscape evolution model: it is capable of simulating sediment transport and erosion by river flow at different space and time scales. It is a multi-process numerical model written in the Matlab high level programming environment, providing a simple and integrated numerical framework for the simulation of some important processes that shape real landscapes. Particularly, at the present development stage, SIGNUM is capable of simulating geomorphological processes such as hillslope diffusion, fluvial incision, tectonic uplift or changes in base-level and climate effects in terms of precipitation. A full technical description is reported in Refice et al. 2011 . The software runs under Matlab (it is tested on releases from R2010a to R2011b). It is released under the GPL3 license.

Several numerical landscape evolution models (LEMs) have been developed to date, and many are available as open source codes. Most are written in efficient programming languages such as Fortran or C, but often require additional code efforts to plug in to more user-friendly data analysis and/or visualization tools to ease interpretation and scientific insight. In this paper, we present an effort to port a common core of accepted physical principles governing landscape evolution directly into a high-level language and data analysis environment such as Matlab. SIGNUM (acronym for Simple Integrated Geomorphological Numerical Model) is an independent and self-contained Matlab, TIN-based land- scape evolution model, built to simulate topography development at various space and time scales. SIGNUM is presently capable of simulating hillslope processes such as linear and nonlinear diffusion, fluvial incision into bedrock, spatially varying surface uplift which can be used to simulate changes in base level, thrust and faulting, as well as effects of climate changes. Although based on accepted and well-known processes and algorithms in its present version, it is built with a modular structure, which allows to easily modify and upgrade the simulated physical processes to suite virtually any user needs. The code is conceived as an open-source project, and is thus an ideal tool for both research and didactic purposes, thanks to the high-level nature of the Matlab environment and its popularity among the scientific community. In this paper the simulation code is presented together with some simple examples of surface evolution, and guidelines for development of new modules and algorithms are proposed.