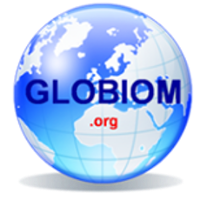 Global Biosphere Management Model (GLOBIOM) is used to analyze the competition for land use between agriculture, forestry, and bioenergy, which are the main land-based production sectors.

IIASA's Global Biosphere Management Model (GLOBIOM) is used to analyze the competition for land use between agriculture, forestry, and bioenergy, which are the main land-based production sectors. As such, the model can provide scientists and policymakers with the means to assess, on a global basis, the rational production of food, forest fiber, and bioenergy, all of which contribute to human welfare.

GLOBIOM has been developed and used by IIASA since the late 2000s. The partial-equilibrium model represents various land use-based activities, including agriculture, forestry and bioenergy sectors. The model is built following a bottom-up setting based on detailed grid-cell information, providing the biophysical and technical cost information. This detailed structure allows a rich set of environmental parameters to be taken into account. Its spatial equilibrium modelling approach represents bilateral trade based on cost competitiveness. The model was initially developed for impact assessment of climate change mitigation policies in land-based sectors, including biofuels, and nowadays is also increasingly being implemented for agricultural and timber markets foresight, and economic impact analysis of climate change and adaptation, and a wide range of sustainable development goals.

For information on the model and links to further resources, please visit the GLOBIOM documentation and resources site.