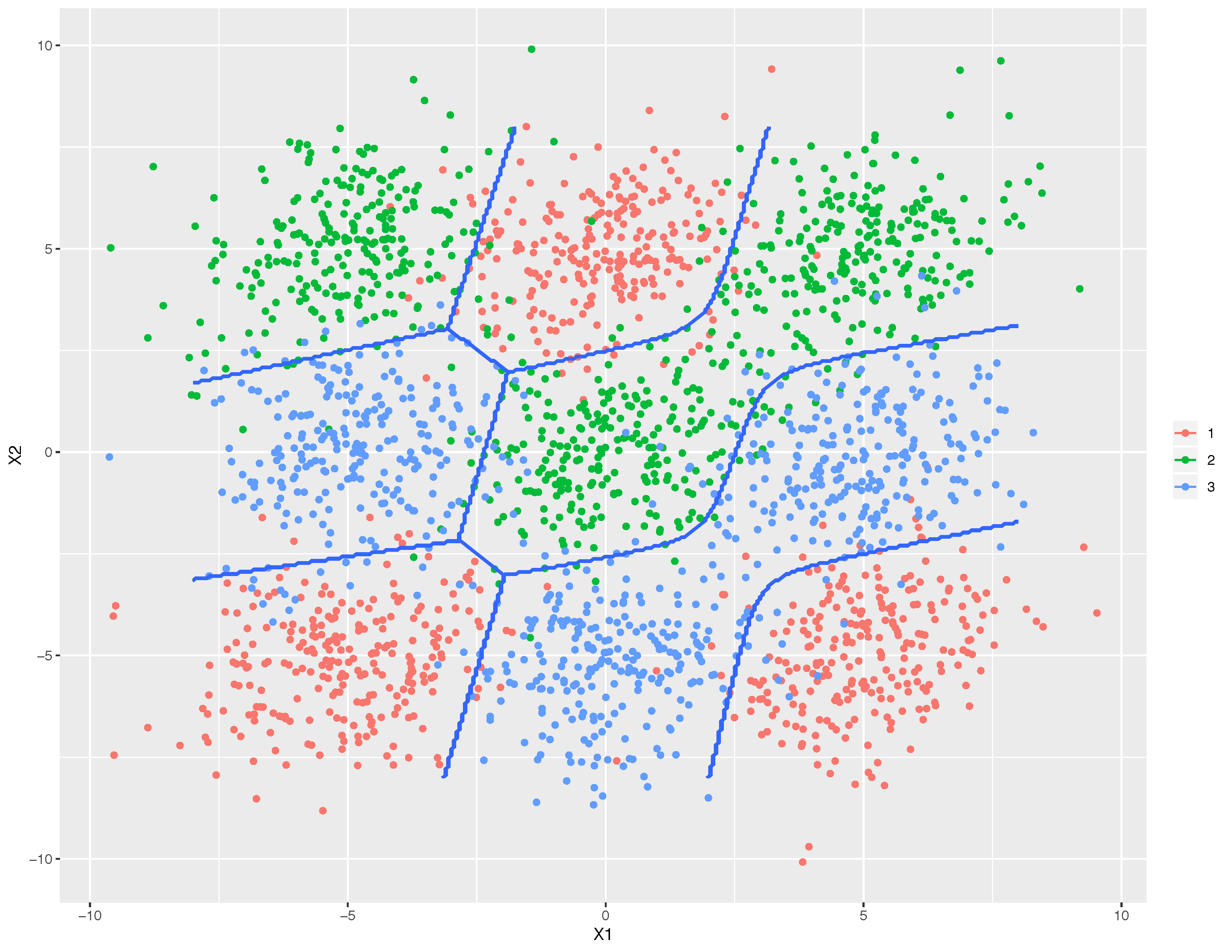 Discriminant analysis is used when groups are known a priori (unlike in cluster analysis). Each case must have a score on one or more quantitative predictor measures, and a score on a group measure. In simple terms, discriminant function analysis is classification - the act of distributing things into groups, classes or categories of the same type.

(also called features, attributes, variables or measurements) for each sample of an object or event with known class {\displaystyle y}

. This set of samples is called the training set. The classification problem is then to find a good predictor for the class {\displaystyle y}

, respectively. Under this assumption, the Bayes optimal solution is to predict points as being from the second class if the log of the likelihood ratios is bigger than some threshold T, so that:

Without any further assumptions, the resulting classifier is referred to as QDA (quadratic discriminant analysis).

LDA instead makes the additional simplifying homoscedasticity assumption (i.e. that the class covariances are identical, so {\displaystyle \Sigma _{0}=\Sigma _{1}=\Sigma }

) and that the covariances have full rank. In this case, several terms cancel:

because {\displaystyle \Sigma _{i}}

for some threshold constant c, where

This means that the criterion of an input {\displaystyle {\vec {x}}}

being in a class {\displaystyle y}

is purely a function of this linear combination of the known observations.

It is often useful to see this conclusion in geometrical terms: the criterion of an input {\displaystyle {\vec {x}}}

being in a class {\displaystyle y}

(thus, we only consider its direction). In other words, the observation belongs to {\displaystyle y}

. The location of the plane is defined by the threshold c.