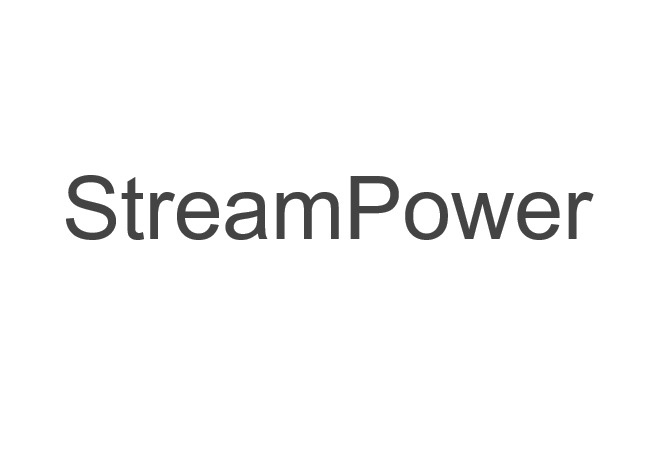 Read note in extended description. Modeling the development of topographic steady state in the stream-power model.

where h is local elevation, t is time, U is uplift rate, K is the coefficient of bedrock erodibility, Q is discharge, w is channel width, x is the along-channel distance, and K′τ is a threshold

value that must be exceeded for erosion to take place (Whipple and Tucker, 1999). Scaling relationships between discharge, channel width, and drainage area can be used to further simplify equation 1 to:

where A is drainage area and m is an exponent that combines the scaling relationships between discharge,  channel  width,  and  drainage  area (note that the coefficient K in equations 1 and 2 have different values and different units after equation 1 is transformed into equation 2). The stream power model is most applicable to the erosion  of  sedimentary  rocks.  Field  evidence suggests that the dominant erosional process in jointed sedimentary rock is the plucking of rock from  the  channel  bed  during  extreme  floods (Whipple et al., 2000). Recent work, however, has  also  emphasized  the  importance  of  the saltation abrasion process in bedrock channel erosion (Sklar and Dietrich, 2004). In massive lithologies such as granite, plucking is not effective and channel incision is likely to be dominated by abrasion. Given that the majority of the Grand Canyon sequence is comprised of Paleo-zoic  sedimentary  rocks,  however,  the  stream power model is the more appropriate model for quantifying bedrock incision in this case. Calibration of each of the terms in equation 2 for the Grand Canyon region is described in detail in the Model Calibration section.

For principles and details on the StreamPower model, see the literature: "Numerical modeling of the late Cenozoic geomorphic evolution of Grand Canyon, Arizona".