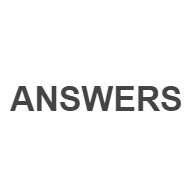 Beasley (1977) developed a physically based, distributed parameter, event model called the Areal Nonpoint Source Watershed Environment Response Simulation (ANSWERS) model. It was developed in Indiana at Purdue University's Agricultural Engineering Department. It uses sub-hourly time increments and is applicable for agricultural watersheds smaller than about 40 square miles. In this model, the watershed is subdivided into square elements or grids, which are defined as areas within which all hydrologically significant parameters are assumed to be uniform.

A schematic of the grid network used in the ANSWERS model is shown in figure 9. Interception is modeled by using Horton's (1919) equation based on canopy storage accounting. The ANSWERS model does not contain any component to simulate evapotranspiration on the assumption that it can be neglected during a storm event. Infiltration is modeled by Holtan's method as modified by Overton (1965). Subsurface flow (through tile drain systems) is simulated by using a tile drainage coefficient and the continuity equation. Overland flow is simulated by the kinematic wave technique. Groundwater flow is modeled simply as a constant function of the ground-water storage volume. Channel routing is performed by using the kinematic wave method.