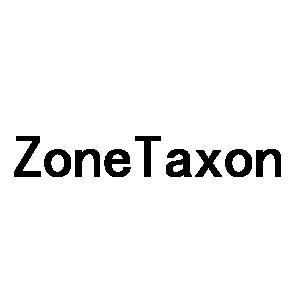 A ``ZoneTaxon`` is composed of members of a lower taxonomic level that each exists within a ``Zone`` object. Taxonomic rank is not considered by this class despite the use of the term, 'speciation', which is used herein to generally describe creation of a child taxon object.

All zones of the taxon can be obtained with the attribute, ``zones`` that are the objects that manage the geographic aspect of taxon member populations. The total geographic extent of all populations is depicted by the ``range_mask`` attribute. The zones of a ZoneTaxon instance are created and updated using a ``ZoneController``. At model time steps, the connectivity of zones over time is obtained using attributes of the ``Zone`` object.

The evolution of this taxon type is carried out in two stages during a model time step. In the first stage, the zones of the taxon are updated as the result of zone connectivity between the prior and current step in the method, ``_update_zones``. This method is the primary implementation of taxon dispersal and it is called in a stage prior to other evolutionary processes so that all taxa are positioned in their landscape locations prior to the other processes.

In the second stage, processes are carried out in methods that are readily expanded or overridden when needed. The primary methods of second stage macroevolution are ``_evaluate_dispersal``, ``_evaluate_speciation``, and ``_evaluate_extinction``. The evaluate dispersal method is intended to modify dispersal conducted in the first stage and it has no effect unless it is expanded or overridden to have an effect. Processes other than those listed above can be called by expanding or overridding the ``_evolve`` method.

The taxon is allopatric when it is associated with/exists within multiple zones (signifying multiple member populations). A timer is started when a taxon becomes allopatric. Allopatric speciation occurs once the timer reaches or exceeds the ``time_to_allopatric_speciation`` initialization parameter. If the initialization parameter, ``persists_post_speciation`` is True (default), a child taxon is created in each zone except one zone (the largest by area) that becomes the sole zone of the taxon. If ``persists_post_speciation`` is set to False, a child taxon is created in each and every zone, and the parent no longer occupies any zones, and therefore the parent taxon is no longer extant.

Extinction occurs when the taxon is no longer associated with any zones. This occurs when zones in the prior time step do not overlap zones in the current time step, signifying the geographic range of the taxon is no more. A taxon can become no longer extant also when the taxon speciates and ``persists_post_speciation`` is False signifying that the parent taxon has evolved into multiple taxon distinct from the original taxon.