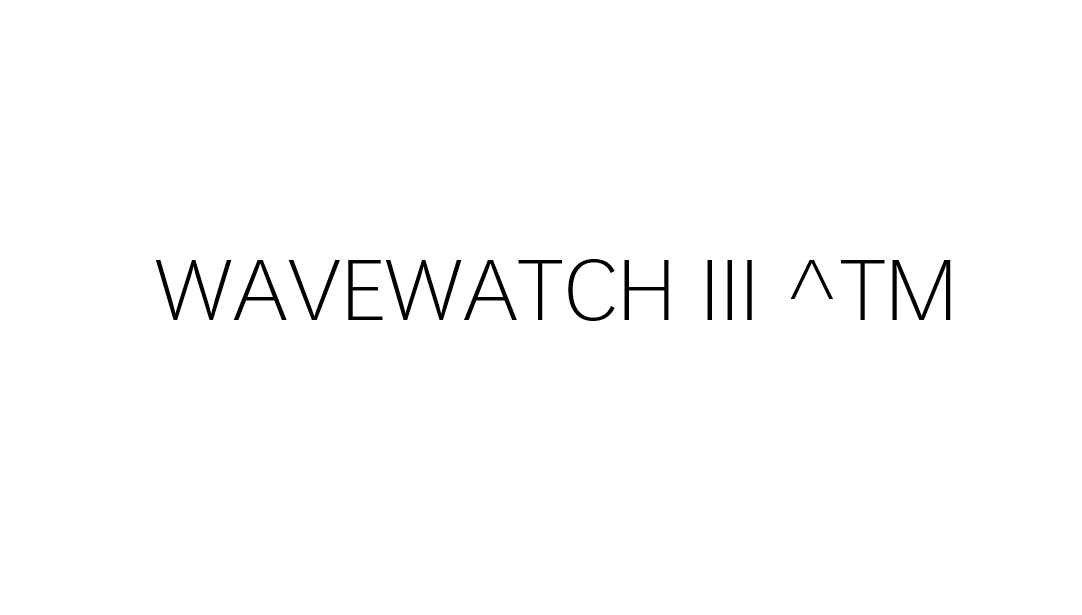 The WaveWatch model is a third-gen-eration numeric wave model developed in the spirit of the previous  W AM  model  (The  W AMDI  Group,  1988)  by

The WW3 model has been shown to be capable of simulating the charac-teristics of typhoon waves. The new ver-sion of the WW3 model, 5.16, was released on October 2016 and differs from its predecessor in several respects, e.g., governing equations, model structure, numerical me- thods, and physical parameterization.  In  particular,  its  devel-opments include stress-calculations dependence on vari-ous  sea  states,  a  new  nonlinear  wave-wave  interaction source term called two-scale approximation, and the ca-pability  for  calculating  space-time  extremes.  These  im-provements have a definite impact on wave simulations, especially in typhoons.

For principles and details on the WAVEWATCH III ^TM model, see the literature: "Evaluation of Typhoon Waves Simulated by WaveWatch-III Model in Shallow Waters Around Zhoushan Islands".