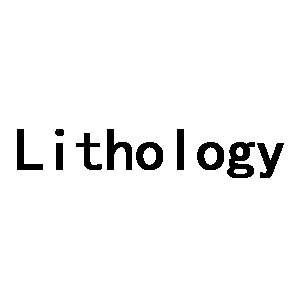 The surface of the Earth reflects the competing advection of rock by tectonic processes and the erosion of rock by wind, water, and ice. Rock properties influence erosion rates by changing the processes responsible for erosion and the rate at which rock is weathered, detached, and turned into mobile sediment. Variations in the rock properties over space and with depth reflect the legacy of sedimentary deposition and tectonic deformation. Long-term landscape evolution modeling experiments that include the impact of spatially and temporally variable rock characteristics can be used to identify the impact of rock strength patterns on other geologic observables such as topography, erosion rates, and detrital mineral records (e.g., Forte, Yanites, & Whipple, 2016; Perne, Covington, Thaler, & Myre, 2017). Identifying these relationships allows for better interpretations of the geologic record.

Landlab is an Open Source Python package that provides a framework for the development of 2D numerical models, typically in Earth surface dynamics (D. E. J. Hobley et al., 2017).    Landlab was designed as a modular framework in which different process components can be mixed and matched to construct a model based on a user’s needs. Prior work on spatially variable lithology in landscape evolution has been done using a modified version of the channel-hillslope integrated landscape development (CHILD, G. Tucker, Lancaster, Gasparini, & Bras, 2001) model (e.g., Forte et al., 2016) and the FastScape V5 model (Braun & Willett, 2013; Perne et al., 2017). To provide these capabilities within the Landlab framework, there is a need for a Landlab submodule that can treat spatial variations in rock materials.

This contribution describes Lithology, a Landlab submodule designed to support the representation of 3D variations in rock material properties within the Landlab framework. It includes two classes: Lithology is a generic representation of spatially varying rock material, and LithoLayers is a derived class that treats parallel layers of material variations. In both classes, each rock type may have multiple attributes. Rock layers may be removed through erosion, or added to through deposition. Two options for the underlying datastructure are supported: “event layers”, in which the data structure stores each time-step as an event even if there is no material in the layer, or “material layers”, in which entries in the datastructure represent contiguous material of the same property, but not necessarily the same age. This second option is more memory efficient but does not record the transient dynamics of erosion and deposition.

The Landlab project maintains a separate repository containing tutorials that introduce core concepts and the use of individual submodules. In addition to the source code, a Jupyter Notebook introducing the use of Lithology and Litholayers is now part of the Landlab tutorials repository. This tutorial was brought into the repository with Pull Request # 19. The first release version of the Landlab tutorials that includes this notebooks is tagged as v1.5.4 and is archived in Zenodo with the linked DOI: (Barnhart et al., 2018).