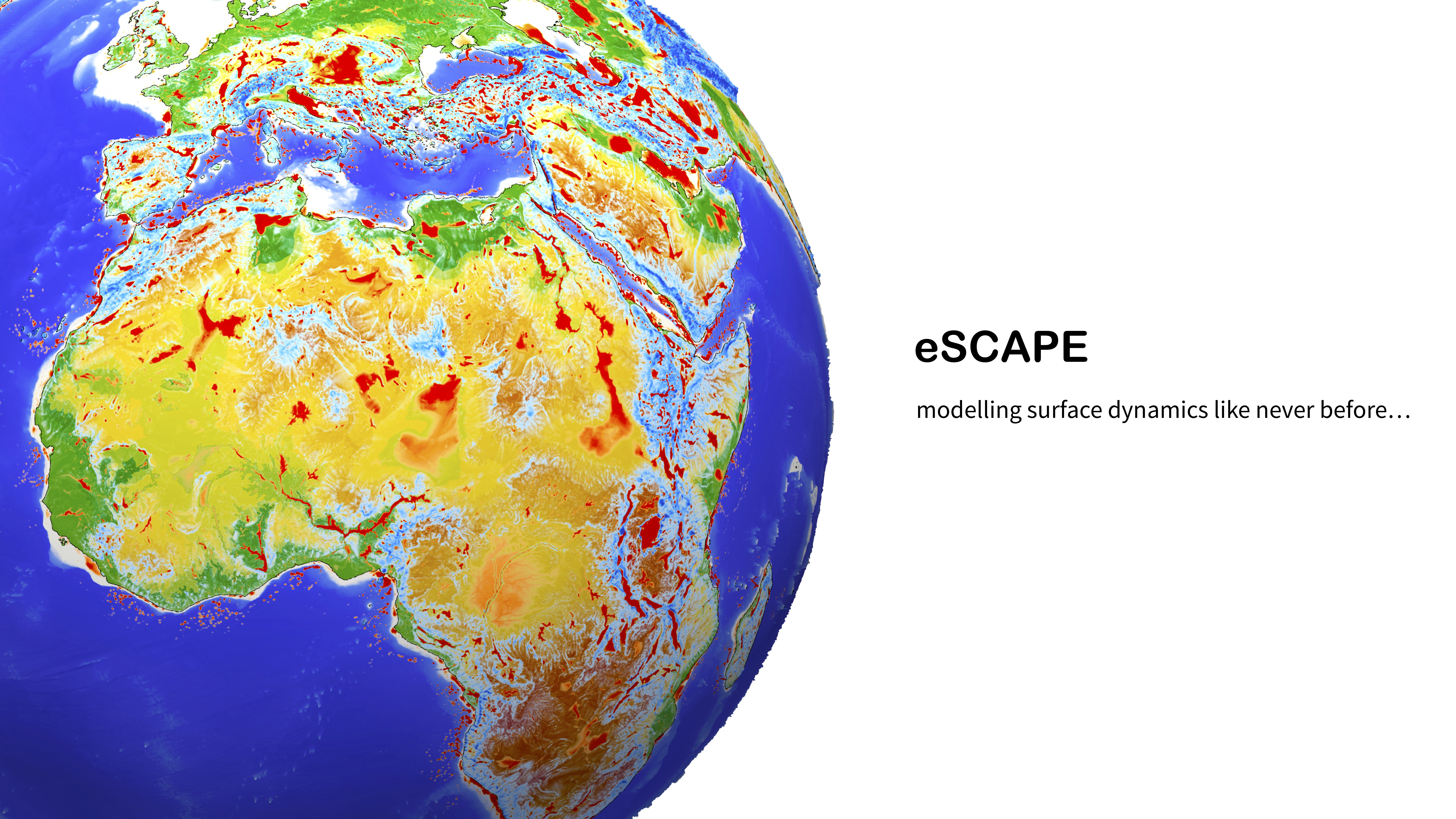 eSCAPE is a parallel landscape evolution model, built to simulate Earth surface dynamics at global scale and over geological times. The model is primarily designed to address problems related to geomorphology, hydrology, and stratigraphy, but it can also be used in related fields.

The model computes flow accumulation using multiple flow direction over unstructured grids based on an adaptation of the implicit approach proposed by Richardson et al. (Richardson, Hill, & Perron, 2014). An extension of the parallel priority-flood depressionfilling algorithm from (Barnes, 2016) to unstructured mesh is used to simulate sedimentation in upland areas and internally drained basins. Marine sedimentation is based on a diffusion algorithm similar to the technique proposed in pybadlands (Salles, Ding, & Brocard, 2018).

eSCAPE is primarily designed to look at landscape dynamics at global scale but can also be used on much smaller spatial domains. A set of four examples is provided (eSCAPEdemo) and illustrates the main capabilities of the code from synthetic to regional applications as well as continental and global simulations.