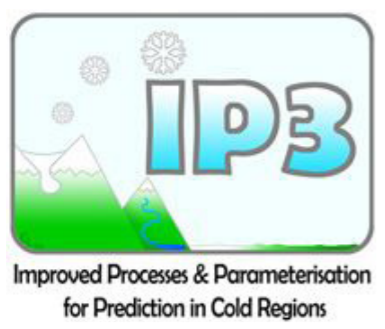 The Cold Regions Hydrological Model (CRHM) is a flexible object-oriented software sytem, originally developed to provide a framework within which to integrate physically-based parameterisations of hydrological processes, in order to simulate the hydrological cycle in small- to medium-sized basins in high latitudes or altitudes.

CRHM uses physically-based algorithms to model the hydrological cycle and hydrological processes, including those of considerable uncertainty such as blowing snow, snow interception in forest canopies, sublimation, snowmelt, infiltration into frozen soils, hillslope water movement over permafrost, actual evaporation, and radiation exchange to complex surfaces. CRHM was first developed as an experiment in model construction and has evolved into a research and predictive tool that can rapidly incorporate new process algorithms (parameterisations), and connect them over a basin for simulating the cold regions hydrological cycle.

1. Supports segmentation of a basin into 'Hydrological Response Units' (HRUs), in order to permit the computation of the water balance for distinct landscape types

2. Is sensitive to the impacts of land use and climate change

3. Does not require the presence of a stream in each HRU, in contrast to most hydrological models (not all cold-region HRUs have streams!)

5. Does not require calibration

CRHM is a native Microsoft Windows application written in C++; it will run in Windows (XP, Vista, 7), Linux, and the Macintosh environment (with suitable emulation where appropriate). Field data or other model output data are placed into observation files from which variables can be graphed or linked into the model. Similar to an electronic circuit, various object oriented modules can be linked together in CRHM to form a larger, more complicated model. This can be done in a simple fashion, and does not require re-writing or re-compiling code. Thus, various groups of researchers can place their models or algorithms into the program. The data are moved successively between each of the modules. In addition, more advanced users can write macros in an interpreted language (similar to C++), in order to extend the model or even to change its structure. The data are plotted as the model runs, and the results can either be exported to a text file, ESRI ArcGIS, or a Microsoft Excel spreadsheet. The exported data may then be imported into other programs for post-processing, or to drive other models such as CLASS. CRHM can be run in either spatially-distributed or aggregated modes to show the effect of differing model resolution. The basic unit of calculation in the model is the HRU (Hydrologic Response Unit).

CRHM has a simple user interface, but no internal provision for calibration: parameters, observations, and model structure (modules) are selected to reproduce the fundamental behaviour of the particular hydrological system being studied. Accordingly, the model can be used both for prediction, and for diagnosis of the adequacy of hydrological understanding represnted by individual process parameterizations.

CRHM Modules and Structure: The complete set of CRHM modules is classified into the following categories.

6. Evaporation; several physically based methods for unsaturated and saturated surfaces including transpiration

Many of these offer a choice of modules, ranging from the basic to strongly physically-based, in order to permit the most appropriate algorithms to be used for the available data, information reliability, basin characteristics, scale, intended output, and other circumstances.

More detailed information is provided in The Cold Regions Hydrological Model, a Platform for Basing Process Representation and Model Structure on Physical Evidence.

We have also published a brochure - CRHM - the Cold Regions Hydrological Model.

How to obtain CRHM
The Centre for Hydrology has made CRHM available for public use by cold regions hydrologists and water resource managers. For information on downloading the software, please submit the request form available from the CH CRHM Page. For technical support or questions on CRHM operation, please browse the Forum, or contact Tom Brown, the CRHM developer.

We have also established a CRHM forum as a medium for feedback, discussion and support.