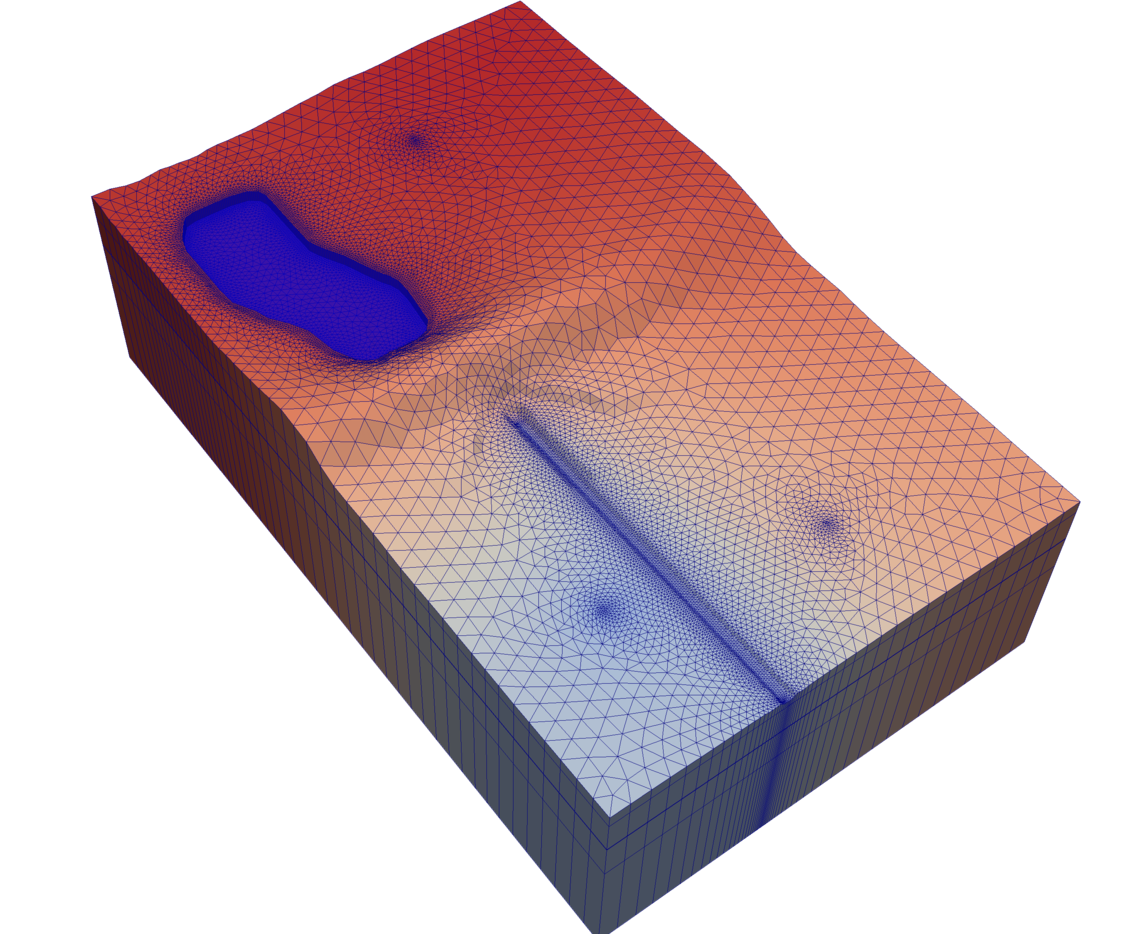 MODFLOW is the USGS's modular hydrologic model. MODFLOW is considered an international standard for simulating and predicting groundwater conditions and groundwater/surface-water interactions. MODFLOW 6 is presently the core MODFLOW version distributed by the USGS.

A new object-oriented program and underlying framework called MODFLOW 6 was developed to provide a platform for supporting multiple models and multiple types of models within the same simulation. This version of MODFLOW is labeled with a "6" because it is the sixth core version of MODFLOW to be released by the USGS (previous core versions were released in 1984, 1988, 1996, 2000, and 2005). In the new design, any number of models can be included in a simulation. These models can be independent of one another with no interaction, they can exchange information with one another, or they can be tightly coupled at the matrix level by adding them to the same numerical solution. Transfer of information between models is isolated to exchange objects, which allow models to be developed and used independently of one another. Within this new framework, a regional-scale groundwater model may be coupled with multiple local-scale groundwater models. Or, a surface-water flow model could be coupled to multiple groundwater flow models. The framework naturally allows for future extensions to include the simulation of solute transport.

This software is freely distributed. There is no fee to download and (or) use this software.

Users do not need a license or permission from the USGS to use this software. Users can download and install as many copies of the software as they need.

As a work of the United States Government, this USGS product is in the public domain within the United States. You can copy, modify, distribute, and perform the work, even for commercial purposes, all without asking permission. Additionally, USGS waives copyright and related rights in the work worldwide through CC0 1.0 Universal Public Domain Dedication (https://creativecommons.org/publicdomain/zero/1.0/ ).